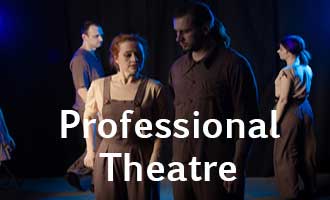 The dynamic and impressive play scripts listed are suitable for professional theater companies to produce and in most cases can be toured. From some of the most accomplished authors writing for theater. Give them a read and then give us a call to discuss Licensing for Professional Production. Jean Klein our Director will be very pleased to answer questions about regional premieres, artwork and other available resources.