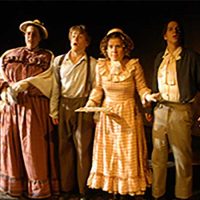 In the Second Place - Licence Performance