School shootings, mass violence, and guns have become commonplace in our society. The “stranger danger” mantra of the last decade no longer applies.

Looking over our shoulders is not a helpful strategy—our next menace is probably sitting with us at the local fast fooderie, school cafeteria or outdoor concert. And some officials are suggesting arming teachers. Yet, there are surprisingly few dramas for young people on our high school or community theater stages that address these issues.

Students and teachers who have not been touched directly by such threats experience their own kind of anxiety. How many parents watch easily as their grade school children climb onto the yellow bus?

How many parents of teenagers bite back the words “Please don’t go,” as their kids pile into the car for a trip to the mall? Are we all to become helicopter parents, standing guard behind our youngsters armed with AK47’s only to become accidental perpetrators ourselves?

Violence and the Theatrical

John M. Grohol, Psy.D., offers an impressive number of helpful links from managing PTSD, Survivor’s Guilt, to the role of mental illness and tips for parents in his article Coping with School Shootings.

Nigel Barbar, Ph.D. speculates that theatrical concerns play a role in the genesis of a shooter. “Considering mass shootings as a theatrical exercise may seem callous but that is how they are envisaged by many perpetrators. Rendered particularly unstable by the recent death of his adoptive mother, Nikolas Cruz, who had experienced a painful split with his girlfriend selected Valentine’s Day for the attack.” School Shootings as Theater, Psychology Today.

Plays about Violence in High School (and sometimes) College Theater

The first school shooting occurred in 1974. Our current success at prevention seems to be governed by a negative algorithm. Shooting after a shooting has occurred until we are no longer outraged. Reaction to front page massacres has morphed from Oh, no” to “Not again.” We are responding to a world of real-time reruns.

And yet there is a surprising dearth of plays, scripts, or skits designed to either raise awareness or to suggest ways of coping.

Issue Based Drama for Teens a Hard Sell 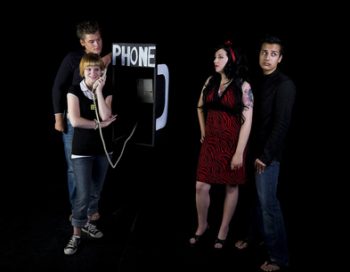 Plays inviting discussion of school shootings and their perpetrators have been avoided, in some cases, by administrators who felt that dramatizing incidents might encourage them.

School administrations are known for their reluctance to face troubling issues for teens on stage.

A list of plays recently banned or challenged from high school stages was recently printed by the Educational Theatre Association (EdTA). What follows is a partial summary:

“Thespians at Portage (Indiana) High School scotched an attempt in November 2015 by school administrators to bowdlerize references to smoking, drugs, alcohol, and sex from their production of The Bad Seed, a 1954 play about a sociopathic child by Maxwell Anderson. The students took their concerns to the district Board of Education, pointing out that editing the play without permission would be a violation of copyright law and a breach of their contract with the play publisher. After investigating, Superintendent Richard Weigel directed the production would go forward without censorship. “From my perspective, the purpose of theatre is to provide insights into characters that reflect different ways of thinking,” Weigel said. “Theatre provides an opportunity for our students to reflect on those characters, not become those characters.” 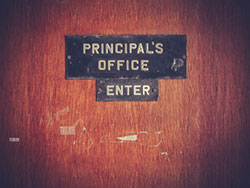 Spamalot, by Eric Idle and John du Prez, based on a screenplay by Monty Python. In July 2014, the drama director at South Williamsport (Pennsylvania) Area Junior/Senior High School went public regarding the cancellation of a planned production of Spamalot . . . it was clear that “homosexual themes” were the cause. Four weeks later, the drama director was fired…..

The Laramie Project, by Moises Kaufman and the Tectonic Theatre Project. Multiple challenges and cancellations, most recently in June 2013 in Ottumwa, Iowa. . .

In June 2013, the superintendent of schools in Everett, Massachusetts eliminated all academic drama programs at the school, citing content in student-written plays presented earlier in the year. His objections included references to sex and drinking, and one actor dropping his pants to reveal underwear.

Rent, book, music, and lyrics by Jonathan Larson. [because of] the musical’s treatment of “prostitution and homosexuality.”

In December 2012, at Loveland (Ohio) High School, a drama director was fired subsequent to her production of Legally Blonde, a musical the school had approved. The administration ultimately said the production was too racy.

In February 2011, the Waterbury (Connecticut) Arts Magnet High School’s production of August Wilson’s Joe Turner’s Come and Gone was canceled while in rehearsals due to the play’s repeated use of a racial epithet. . . .. 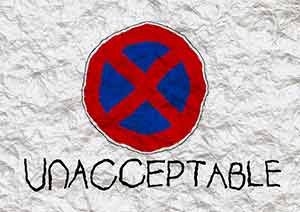 The Tender Yellow Sky, by Tim Milhorn.  School officials said they were concerned that the play’s exploration of teenage suicide might cause some students to consider killing themselves.

Higher Ground, a play about bullying written by Portland, Oregon drama teacher Jennie Brown for her students at Sherwood Middle School, was canceled three days before the scheduled performance in February 2008. School officials said the script’s treatment of bullying, racism, homophobia, and intimidation was too mature for the students . . .

Blithe Spirit, by Noel Coward, at South Walton High School in Santa Rosa Beach, Florida, canceled by the county board of education after community complaints that the play might “encourage exploration of witchcraft and the occult” and undermine students’ commitments to monogamous relationships.

One play that has faced similar difficulties is Sniper by Bonnie Culver.

It is now 2018. In 2005, Sniper finally premiered off-off-Broadway—and it had been in the revision process since 1994. But before the New York debut and after the subsequent school shootings in Oklahoma City and Columbine, school productions were abruptly cancelled—producing a play that imagined the events leading up to the first school shooting in Olean might be glorifying violence.

Now the director of the Maslow MA/MFA Creative Writing Program for Wilkes University in Wilkes-Barre, Pennsylvania, Culver saw the red flag of the first school shooting “up close and personal”:

This play started on the day the event happened. I was there, in Olean, that afternoon, buying a wedding dress with my mother. We pulled out of a parking lot and left for home, Port Allegheny, Pennsylvania, at 1:30. The shooting started between 2 and 2:30.
In the car, we heard an emergency broadcast for everyone to evacuate downtown Olean, with no further details. That night, at home, we turned on the TV news and saw the whole thing. –The Villager January 19 -25, 2005.

The result of that experience was the first of many drafts of Sniper. which eventually played to enthusiastic audiences off-off-Broadway at Center Stage in NYC.

The Search for Answers

When reviewing the production, a couple of critics had a problem with one aspect: the play provides no answers.

A doctor, a priest, a police chief, and Anthony himself try to find explanations for the slaughter. But there are no easy answers here.

Not even for Anthony. And, in the long run, this is the strength of the play for audiences in 2018. We run from objectively examining ALL of the potential roots of the ongoing slaughter of the children who expect adults to protect them.

To its credit, the 90-minute drama Sniper, a play for teen and adult audiences, does not raise the issue of gun regulation. It is not a play that advocates solutions.

What it does dramatize, however, are the roles that religious advisers, police oversight, family members and relationships, and psychological issues play in the evolution of a violent act.

What this play makes clear is how tenuous these “causes” for gun violence are. 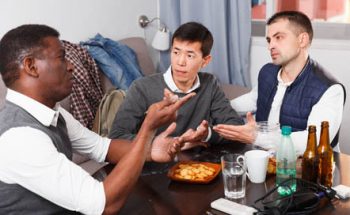 What Sniper ultimately accomplishes is dialogue after the performance. As plays have done over the centuries, it opens the doors to revelations—of feelings of powerlessness, or fear, of a need for action.

As the above list from EdTA reveals, it is not only violence that high school administrations feel a need from which to shield their students.

They also try to protect them from words that they probably hear every day, from sexual impulses of which most students are probably already too well aware, and “dangerous” thoughts, such as those of homicide and suicide.

However, exploring overwhelming emotions and destructive impulses, bringing the dark side into the light of day, is a primary function of theater. The Greeks knew that. In later installments of this blog, we will explore these issues further.

Do you have a story about theater to share?

We’d love to hear it.  Please leave us a comment.

And sign up for our newsletter on our homepage. Each new subscriber receives a coupon for a 15% discount on your first order.

2 thoughts on “Plays for Teens and Young Adults: Coping with a Crazy World”

Plays for Teens and Young Adults: Coping with a Crazy World - Licence Performance