We’re delighted to be introducing readers to this latest Imprint, Unicorn Bay Press.

The published works will be able to cross multiple categories that combine storytelling and poetry, closely mirroring and enhancing the experience of performing in a variety of settings.

Due to the current pandemic, the recent exponential growth of solo performances and dramatic monologues, on online digital platforms such as Zoom has led to growing demand from directors and actors for high-quality scripts and texts that can be the basis for a one-man or one-woman show with live streaming.

Aside from play scripts written specifically for theatre performance by one actor, a new form of performance text, introduced and championed by author Robert P. Arthur – the poem/play – has taken verse theatre to a new level.

As the owner of Blue Moon Plays, I’ve been thrilled to see the ancient art of verse-theatre making a come-back in the form of poetic drama and “new” poetic forms of drama—immersive and derived theatre.

Poetic drama and verse theatre are superb vehicles for idea-driven narratives that grip an audience through their use of highly condensed emotive language.

Visionary Ideas to Play With

Unicorn Bay Press will be the home of authentic, outspoken and visionary ideas and voices. The titles will offer drama directors in all sectors an opportunity to fashion their own show by selecting individual poems to weave together into a longer theatrical presentation with options for minimal stage set, lighting, props and costume.

Unicorn Bay Press has been born from an acute awareness of the issues within publishing and society more broadly that have lead to structural inequality. Writers who are BAME, working-class, disabled, and LGBTQ+ are vastly under-represented.

Scripts for the future

The first title is Silver Beach Road, the most recent collection of poetry from internationally acclaimed poet, novelist and playwright Robert P. Arthur.

Silver Beach Road is far more than a collection of a major poet’s work. It is the story of a poet’s sensibility, ground and refined into existence from adversity, abandonment, neglect, and astonishment at the world we inhabit.

A Life in Verse

It is, in effect, an autobiography in verse.  Robert grew up hardscrabble on the Eastern shore of Virginia on the Chesapeake today. Somehow, language rather than thuggery engaged him. From his very early years, he began a life-long romance with language, starting with the place names that have become so dear to him and a hallmark of his poetry. Deal Island. Tangier. Chincoteague.

The Poem as Autobiography

Written as an extended autobiography, Silver Beach Road as Bildungsroman is a potential source of many coming of age monologues.

In the ragged simplicity of life among the fisher-folk of the Chesapeake, there is often a rugged elegance worthy of a Colossus:

The Poet as Social Historian

Unicorn Bay Press, in conjunction with Blue Moon Plays is honored to further Arthur’s work as a documentary of a way of life. He has developed what he terms poem plays: plays devised by linking poems and selections from larger poems, combined with music to create a dramatic story.

These plays portray life on his stomping ground, the Eastern Shore. His most-produced poem play is Hymn to the Chesapeake, an easily-produced saga of the watermen and waterwomen who punctuated the landscape of his youth.

And he collaborated with Carolyn Kreiter-Foronda to create a poem play based on her own love story which merged two cultures: River Country, also published by Unicorn Bay Press.

Arthur was also instrumental in the development and publication of another biography that combines poetry and self-revelation. Stephanie Sugioka’s The Hidden Stream, is due for publication this month as a hybrid of poetry and prose.

Sugioka is the child of an American mother and Japanese father who traces her development both as a poet and an individual through a combination of prose and poetry, linking her artistic development to moments in her life.

This book is not only a wonderfully elaborate look at the life-journey of the author, but an invitation to reexamine the ways in which each of our lives has been shaped by the intricacies of family and the randomness of history.  We often forget that we had little say in deciding who we could become and how life would go, but there’s a thrill in remembering this. The Hidden Stream is a poignant reminder that the human story is, in equal parts, delicious mystery, and unrelenting challenge.

—Tim Seibles, Virginia Poet Laureate and author of One Turn Around The Sun

Poets began returning poetry to the modern stage as early as Alfred Lord Tennyson and Dylan Thomas. (Recited poetry was, in fact, for the Greeks. the origin of theatre as we know it.)

But poetry planted its feet on the performance stage unequivocally with the advent of Rap and Spoken Word poetry–language with a beat and music meant to be heard first and read later.

Arthur is a poet who never saw a poem as having a life only on the page.

At the same time, Robert P. Arthur was introducing his poem-plays to the stage. (see What the Heck Is A Poem-Play)

A poet who has a strong urge for performance, a poet who has also acted, directed, and produced as the Artistic Director of The Edge Theatre in Melfa, Virginia, Arthur is a poet who never saw a poem as having a life only on the page.

Unicorn Bay Press will assist in providing that link between poets and playwrights largely missing since the kitchen-sink and angry-young-men realism of the ’50’s and 60’s.

Poetry is where theatre started. 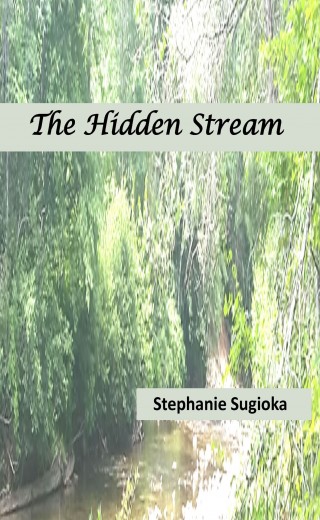 Also just published under the Unicorn Bay Press imprint is The Hidden Stream by Stephanie Sugioka – an autobiography in prose and verse, similar to a  Japanese form which dates back to the 16th Century.

Learn More about The Hidden Stream 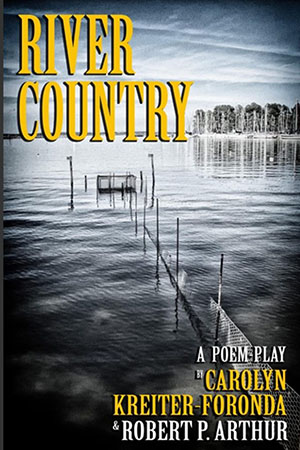 River Country is also being published by Unicorn Bay Press.

Arthur saw a play in a collection of poetry published by Carolyn Kreiter-Foronda about her unique relationship with her husband, a man with whom she fell in love before they even had a common language.

It can be performed as a staged reading, using nothing but music stands and a few props or costume accessories. Even the music stands are optional, depending on the director’s and actor’s preferences.

The play also lends itself to a full production with no scripts in hand and utilizing the full stage. It offers designers and directors a great opportunity to play with staging and lighting to reflect the play’s genre.