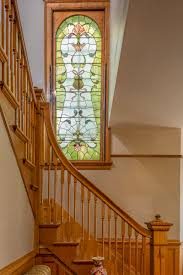 . It started out as a one-act called Nightside, which still exists. It takes place in 1975 in the Berkley section of Norfolk, Virginia, where the main character, Harry Rosen, a Jewish refugee. is aging and fighting the City of Norfolk to save his house from condemnation.  An impoverished African-American woman has taken up residence in his basement and becomes the focus of memories from his past.

The one-act was produced in 1976 at The Kempsville Playhouse in Virginia and it struck me that this play had more to say.  What followed was a lengthy odyssey of writes, rewrites, and workshops that took place from the 1970’s to the present. Scenes and characters that were written and discarded covered a century and included a former slave, a doctor who saved one of the current characters as a baby, and a brother, among numerous others. They are gone only from the play but not my memory of them.

The final full-length play that emerged now takes place from1945 – 1946, as WWII ended.

A couple of questions emerged from that odyssey.

The short answer is the characters and the subject matter.  The idea for the play came to me while I was working in Berkley (Virginia) in the 1970’s in mental health. Berkley  had an almost archetypal  ambience. Originally a mainly Jewish community and home to many WWII refugees, by the ’70’s it had become a mixed community of African-American and Jewish families. Although some of the African-American families were professionals, the wealth and status was not equally distributed and the community was growing poorer and subject to the problems of the underemployed. BUT!

There was camaraderie among Berkley residents, past and present, black and white. They recognized one another by family names and street addresses. Even when they no longer lived in Berkley, they remained brothers and sisters under-the-skin.

Harry, the Jewish refugee, is the easiest to trace. My husband was Jewish and Harry’s voice is mostly his.

One of our regulars was a striking African-American woman who had a problem with alcohol. When I would be in a counseling session, she would barge past the secretary and stand behind my door singing “Bringing in the Sheaves.” She often lived on the streets and was a manipulator/victim of men who lived there as well.  She became the Nettie French of the original play–who now resembles her not at all, except for Nettie’s innate kindness and compassion for others.

I’m not so sure of the origin of the other characters in the play. 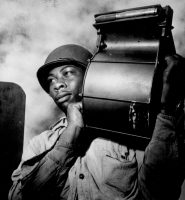 Joe Taylor, a returning WWII African-American vet with expectations of equality, morphed through so many transitions, it’s hard to pinpoint where he came from. Probably he owes his existence to a conflation of sons of my friends over the years and possibly to a classmate of mine from high school in Pittsburgh. Sammy was an African-American jock in the 1950’s, not, in my limited experience, a top scholar. But in English class, he gave an oral report on what Africa and an understanding of his heritage meant to him. It was an impassioned presentation.

My 16-year-old brain took a sudden turn off its familiar highway and it never looked back on the same road again. I suppose I had not seen “Negroes,” the accepted term at that time, as three-dimensional before. We could be classmates and even friends, but at a distance that I had never perceived before. Suddenly I saw, in Sammy, the context of origins, of a pride in heredity.  Images and sounds reminiscent of Africa tickled Sammy’s synapses in the way that the sound of a bagpipe excited mine.

And then there is Rose. Well. Rose.  I suppose she is my confessional. Rose is white, Southern, and a self-described liberal. Her heart is in the right place. While I don’t share (and even feel a Yankee superiority to) her Southern origins, I have knee-jerk , sometimes negative, responses to people and things, an automatic antipathy that rears its ugly head when I least expect it. I don’t intend to share causes of those involuntary negative reactions. I’d be ashamed. And alienate half of my friends and family. For me, it’s sufficient that I admit them to myself.

But those responses are there, and the best I, and any of us, can do with hardwired prejudice is to recognize it when it springs to life and put it on a very distant shelf.

Not only Rose harbors the seeds of prejudgment.  All of the characters in this play have their own hidden prejudices. Harry has a healthy distrust of Southern Baptists. (Something he shares with my puritanical Scots-Presbyterian soul.) Joe, when Rose fails him at a crucial moment, can see her only as one of “the rest of them.” Nettie is the least flawed of all, but even she cannot bring herself to truly trust anyone with her secret.

I suppose I could never put this play in the drawer for good because it wouldn’t let me. Like a bratty little brother, it kept sticking its nose into my affairs. Why? Because Berkley had changed my world for good. I met Nenar the first day I went to work at the Community Mental Health Center there.  She was self-contained, well-spoken, somewhat imperious (in my estimation) and leery of me, as I was of her. She was so black and I was so white. We often laughed about this later. What on earth did we have to say to one another? Plenty, it turned out.

Nenar worked on my team. Our team. One day, she told me I had “big legs.” What was that? It took me the rest of the day to figure out that that was a compliment.

Often, it was Nenar who walked with me at night through the streets of Berkley. Either we were on an emergency call or knew that some crisis was pending. One cold fall night, we were on a mission to find “Nettie.” She had been missing appointments and we were worried.  It was later than usual and I, with my usual impeccable logic, had brought Frosty along for protection. Frosty was my 8-pound, 16-year-old Pomeranian with only 3 teeth.  Go figure.

We found her in an abandoned house with five men and only lanterns and candles for light, a wood-burning stove for heat. Bravely (I like to think) we said that we had come to take “Nettie” to the hospital. Snooky, her main and very distinguished –looking squeeze, didn’t want to let her go. “Who’s going to come to my res-cue?”” he said. Naively, I answered, “You can call the emergency number.” He had to repeat his objection three more times, each more adamant than the others, before I knew what “res-cue” meant to him. (And I taught workshops in communication skills?)

Through it all, Berkley became my second hometown.

Refraction of Light is dedicated to Nenar. But its completion owes as much to our third friend, Carrie, who, at that time, was our mutual boss. (She was, and still is, a dependable touchstone to help me sort out what is right, and true, and fair in an increasingly chaotic world.) One sign that the three of us would friends long after the mental health center had closed its doors—we tended to subconsciously color-coordinate. It was going to be a VERY bad day at the center when all of us showed up wearing black. (Exception: My son’s wedding was a big success.)

One the early readings of a draft of Refraction was at a Baptist church in Berkley, long after the mental health center closed.  Nenar was invited, of course.  When she didn’t show and sent no word, we know that something was seriously wrong.  There was. And Nenar receded into her own private world, dissembling enough only occasionally to reassure us that she was fine.

Berkley is still interwoven into this play. I’m  Aunt Jeannie to Nenar’s and Carrie’s children and grandchildren, as they are aunts to mine. When we did a workshop production of an earlier draft at The Venue on 35th in Norfolk, Virginia, Nenar’s children were in attendance in the front row.

When we did a reading at Wilkes University where I teach playwriting in the MA/MFA Program in Creative Writing, Carrie’s daughter Channie, now an Equity actor in NYC, came to Wilkes-Barre to read Nettie. She brought Anthony, an actor friend of hers, to read Joe Taylor.

And so the world spins.

Except for tweaking, Refraction of Light is essentially as finished as a play can be—which mean it is as good as I can make it.  There is still another play to come—an expanded version of Nightside, which explores Harry’s and Joe’s friendship as Harry defends the house against demolition.

I just hope it won’t take me another 30 years.